Red Hat has announced that it will acquire Gluster. Gluster is the company behind cluster/cloud filesystem GlusterFS. Red Hat explains that the company considers the technologies used in Gluster to be a good fit with its cloud computing strategy. Red Hat will continue to support Gluster customers and will integrate Gluster products into its portfolio over the coming months. It hopes to continue to involve the GlusterFS community in developing the filesystem.

GlusterFS is released under the GPLv3 and is described by the developers as a stackable modular cluster file system, which runs in user space and hooks into the kernel via Fuse (Filesystem in Userspace). Communication between storage nodes and clients is via Infiniband or TCP/IP. GlusterFS scales to the petabyte level and, rather than storing data onto storage media directly, uses proven file systems such as Ext3, Ext4 and XFS. 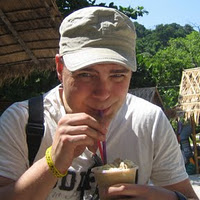